While 3D printing is all about iteration, rapid prototyping, and of course fun, a downside to having a hobby such as getting creative with a 3d printer, is the amount of waste that is created.
Any hobbyist will know that a lot of waste is produced easily when using PLA filament. Whether it’s in the form of rafts, support material, or failed prints, we’re contributing to the ever-increasing issue that is climate change.

PLA waste is difficult to dispose of in an environmentally-conscious manner. This is because there are many recycling businesses that will not accept 3D printing waste, which leaves the question…

According to Engineering.com, “Though PLA is compostable and recyclable, calling it biodegradable would be a bit of a misnomer because composting the material requires an industrial composting facility.” 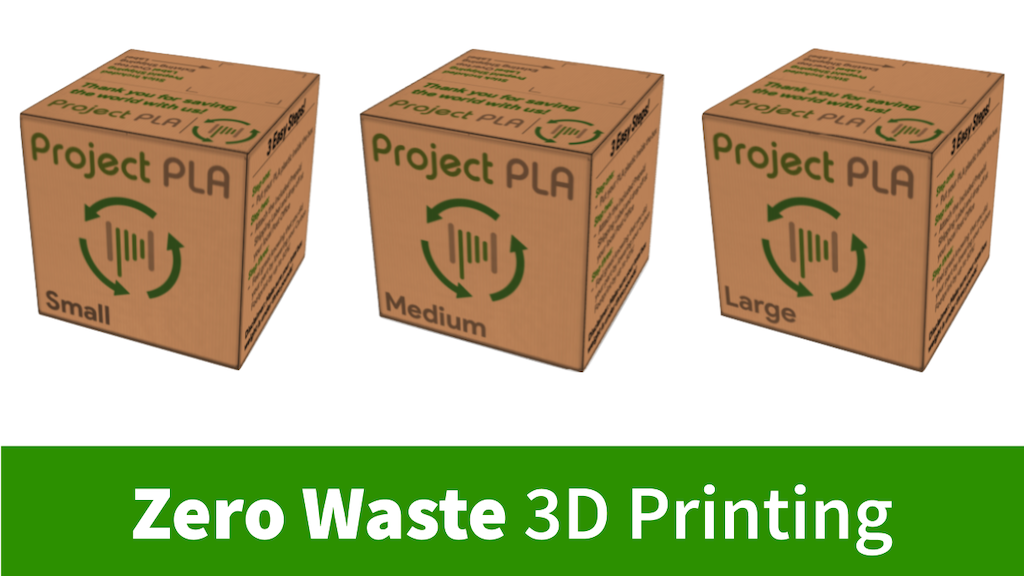 That’s where Project PLA comes in to play. A Kickstarter campaign and eco-friendly company in the making aims to collect 3D printing waste from US households to process in an eco-conscious manner. William Sloth, the founder of Project PLA, says, “Project PLA is the middleman that connects makers with industrial composting facilities, therefore enabling PLA to be actually biodegradable.”

Sloth, has plans to sell boxes for hobbyists to mail in their 3D printing waste, creating an efficient and environmentally friendly way of disposing of such waste. This is a much greener option instead of throwing the 3d waste back into the landfills where it will get contaminated by other plastics and take even longer than it should to break down, or even worse, end up in the ocean where the rest of it seems to be. Project PLA plans to start out by only accepting  PLA waste and empty filament spools but soon hopes to expand to include ABS and PETG in the future of recycling.

The amazing planet-focused initiative is currently being run by William Sloth, a 3D printing enthusiast with a green conscience. He’s established strong relationships with several businesses that are capable of composting 3D printing waste, and his Kickstarter campaign aims to raise funds to start the process at scale. As we mentioned earlier in the post, Sloth aims to mail out boxes for people to ship their PLA waste and empty spools back. After collection, the PLA is grounded up and collected into batches of a scale acceptable to an industrial facility, it is only then that the PLA filament waste can be properly composted. Project PLA is definitely a step headed in the right direction for this thoroughly loved, plastic consuming industry. Perhaps one day, when materials become more advanced, you’ll be able to dispose of 3d printed waste in the garden along with your vegetable trimmings and other natural waste.
But until then, Project PLA might be one of the few ways you can continue printing knowing that you are doing everything you can to be environmentally friendly.

What are your thoughts on Project PLA? We would love to hear your thoughts! Let us know in the comments section below.

The History of 3D Printers